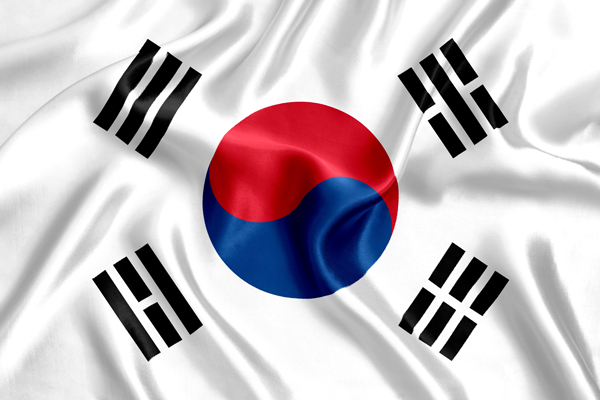 The following answers to questions posed by the California Chamber of Commerce are from Consul General Joon-yong Park, Consulate General of the Republic of Korea in San Francisco.

Please describe your thoughts on the unique relationship between the Republic of Korea and California.

Relations between Korea and California have been developing in many fields for a century.

Historically, in the late 19th and the early 20th century, San Francisco, California was the gateway for Koreans entering the mainland of the United States. The area became the hub for the patriotic Korean nationals for the Korean independence movement against Japanese colonialism.

During the Korean War (1950–1953), Fort Mason was the primary port of embarkation for deployed members of the American military service. Therefore, it is not a coincidence that the Korean Consulate in San Francisco was established in 1949 and upgraded to the first Consulate General of the Republic of Korea in the United States in 1950.

The majority of exports are industrial machinery ($1.51 billion), travel ($1.01 billion), industrial processes ($786 million) and aerospace products and parts ($670 million). Through these exports, 66,098 direct and indirect jobs were created in California.

Korea has been investing more than $2.3 billion for the last 15 years in California, and this investment has been creating more than 8,000 jobs in the state. Here in the San Francisco Bay Area, internationally renowned cities and corporations maintain vibrant interactions with their Korean counterparts. Among those, the City of San Jose in the Silicon Valley boasts the third largest population of Koreans in California and is the cradle of state-of-the-art innovative technologies.

The 72 Korean corporations having branches in Silicon Valley include Samsung LG, SK, and Hyundai, and numerous Korean venture companies also pursue their future course of development in the Silicon Valley.

Reflecting the importance of relations between California and Korea, there are 30 sister city relationships between cities in Korea and California, such as Seoul Metropolitan City-San Francisco, Yongsan Municipal-Sacramento, Jeju City-Santa Rosa.

Considering the importance of Silicon Valley, vitality of the Korean economy and culture, and potential of the young generations of Koreans and Korean Americans living in California, I believe that there is much room for future development in relations between Korea and California in the coming years.

As countries all over the world feel the pandemic, what is the economic impact of COVID-19 on the Republic of Korea?

Recently, it was reported in the Financial Times that in the three months to the end of September, South Korea’s economy grew 1.9% from the second quarter because of its success in dealing with the COVID-19 situation, and it is optimistically expected that the Korean economy will recover pre-pandemic status in the first six months of next year.

The mass testing capability and the speedy contact tracing system were the key factors that made Korea’s pandemic response successful and gained recognition from the international community. Unlike many other developed countries, the industries and corporations in Korea could maintain nearly normal operating conditions due to the successful control of the pandemic.

According to the Organisation for Economic Co-operation and Development (OECD) Economic Surveys: Korea 2020, Korea’s economic growth rate would be -0.8% (if there is no second wave) or -2% (if there is a second wave), which will be the best among the OECD countries.

However, in the face of the COVID-19 pandemic, the Korean economy is facing two great challenges: how to recover from an economic slowdown and proceed with the structural transformation. Furthermore, the International Monetary Fund (IMF) forecasts the current crisis will unevenly affect socially or economically more vulnerable groups.

Failing to address the crisis early may lead to increasing unemployment, shrinking investments, and ultimately may have a bigger and longer-lasting impact on the economy.

Against such a backdrop, the Korean government recently announced the Korean New Deal as a national-level development strategy to facilitate the country’s recovery from the pandemic-driven crisis and lead the global action against structural changes.

The three main objectives are as follows:

• First, minimizing the economic shock by creating jobs. It creates, not only government-supported jobs for low-skilled workers, but also jobs that support its structural transition to a digital and green economy.

• Second, supporting the Korean economy’s quick return to its normal growth path by building the infrastructure necessary for a digital and green economy that will rejuvenate investments and support job creation.

• Third, setting the groundwork for the country not only to adapt to the structural changes caused by the pandemic, but also to lead the global community in the post-COVID-19 era.

This plan forms the institutional basis that will sustain the digital and green economy. At the same time, it also aims to establish a universal employment insurance system and sets a path toward net-zero emissions.

First of all, I want to emphasize that the free trade agreement (FTA) is a mutually beneficial economic agreement between Korea and the United States. It has delivered practical economic benefits and greater growth for both countries.

The Korea-U.S. Free Trade Agreement (KORUS FTA) was concluded through extensive negotiations, striking a fair balance of interests. The KORUS FTA entered into force on March 15, 2012.

As of 2019, the eighth year of the announcement of the KORUS FTA, the trade volume between the two countries reached $135.2 billion, a 2.7% increase from the previous year.

The United States is the second largest country in the Korean import market. In 2019, the U.S. share of the Korean import market was 12.3%, an increase of 1.3% from the previous year. The KORUS FTA has improved market access for U.S. companies and products in a diverse range of fields and has helped enhance bilateral trade, lowered prices of goods, increased consumer selection and created quality jobs for the last eight years.

The KORUS FTA does not only find its meaning in trade and investment at the moment, but also serves as an important foundation for strengthening cooperation in the areas of digital transformation, next-generation R&D, and start-up incubation to achieve world-class industrial competitiveness and develop a mutually prosperous future. 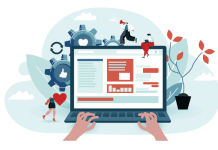 Employee Quitting Due to COVID May Still Collect Unemployment