The new state budget went into effect on time last week, after Governor Gavin Newsom signed 20 bills enacting hundreds of pages of new legislation and spending authority. But even then the job is likely only partially complete.

Decisions about billions of dollars in possible future program reductions for public schools, higher education, and the social safety net are hanging on three events outside the control of Sacramento political leaders: revenues from delayed filing of 2020 income taxes (now due on July 15), the trajectory of the economic recovery from the pandemic-induced recession, and any fiscal relief provided by Congress.

Nobody has a bigger stake in the uncertainty than the public schools.

The $202 billion budget generally maintains spending on education at current levels—a far better outcome for schools than the Governor’s revised proposal last month. The budget draws down reserves and targets the initial congressional CARES Act state allocation to offset the more than $10 billion in revenue losses to K–14, and defers another $13 billion in payments into the next fiscal year to preserve programs and provide K–14 schools the resources needed to safely reopen. The accompanying legislation also prohibited any layoffs of teachers or certain other staff for the next year.

On the other hand, the state’s four-year colleges and universities will suffer greater reductions than the Governor originally proposed. The University of California and California State University will see their spending reduced by a total of $550 million from the current year.

If Congress provides additional financial assistance to states, then some or all of the cuts could be restored, or the systems could see their budgets increased, depending on the generosity of Congress. In the absence of congressional bailout, the most likely scenario would be student tuition increases.

The Governor signed tax increases, primarily on businesses, totaling about $8.7 billion over the next three years. The bulk of these tax increases comprise a three-year suspension of the net operating loss deduction and $5 million-per-year limit on utilization of tax credits. Those tax changes are retroactive to January 1, and will apply to the 2020, 2021 and 2022 tax years.

Most state employees will not be taking the 10% pay reduction proposed by the Governor in May. Instead, collective bargaining agreements will provide the employees continue to work their regular hours at a lower pay rate, but also collect two “personal leave program” days per month, which can be used at any time, including cashed out upon separation—presumably at a higher salary rate.

Besides the tax increases, key elements of the budget solution include:

• Reserves: The budget draws down $8.8 billion in reserves from the Rainy Day Fund and other reserves.

• Borrowing/Transfers/Deferrals: The budget includes $9.3 billion in special fund borrowing and transfers, as well as other deferrals for K–14 schools.

• Better revenue outlook: The budget is based on a slightly better revenue forecast than the Governor projected in May.

The legislative session continues to the end of August. By then, the state’s economic and revenue outlook will be better known, as will any action (or nonaction) by Congress. The Legislature and Governor may continue to tinker with the budget into the late summer. 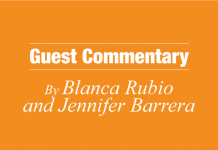