But the major budget solution to an estimated $54.5 billion deficit depends on spending federal funds already allocated to California and receiving federal funds not yet approved by Congress. Without the new federal funding, the budget would automatically trigger $14 billion in new spending cuts, beginning July 1.

The updated budget proposal, called the May Revision, projects the worst of the economic impacts from the pandemic to be in the second quarter of 2020 and to persist for several years. A slow recovery is projected as restrictions on economic activity gradually begin to ease.

The Administration projects the unemployment rate to reach 24.5% in the second quarter of 2020, meaning that 1 in 4 California workers will be out of work, or around 4.8 million people. This is more than twice the 2.2 million Californians unemployed during the height of the Great Recession. Personal income is projected to decline by 9% percent, and proprietorship business income by 26% in 2020, with further deterioration through 2023.

The forecast projects that California permits for residential single-family and multi-family units will decrease by 21% or 24,000 units to around 90,000 in 2020.

The economic paralysis from response to the pandemic evaporated state General Fund revenues by more than $41 billion, reflecting drops in wage and proprietors’ income, cratering capital gains, erosion of corporate profits, and significantly lower consumption by individuals and businesses.

For example, while consumer spending declined by 9% during the Great Recession, it is expected to collapse by more than 15% just this year.

The Administration has proposed a limited set of new revenues, which amount to about 8% of the total deficit solutions:

• Suspending the ability of medium and large business taxpayers to utilize net operating losses for 2020, 2021 and 2022.

• Limit the ability of business taxpayers to utilize business incentive tax credits that offset more than $5 million in tax liability for 2020, 2021 and 2022.

Together, these temporary tax increases will raise about $4.4 billion in the fiscal year beginning July 2021.

The Governor proposed additional spending cuts beginning July 1, 2020, in the event that new federal funds are not appropriated by Congress. Among the most significant are:

• Reducing judicial branch spending by 5%, which the Administration reports will be achieved with efficiencies.

• Eliminating proposed 5% budget augmentations to the University of California and California State University, and further reducing their budgets by 10% in the absence of new federal funds.

• Cutting support for the Strong Workforce Program in both high schools and community colleges. This program provided school-to-work linkages, especially for students not pursuing an immediate four-year degree.

The prudent budget reserves created since the passage of Proposition 2 in 2014 will provide state government with a sorely needed cushion, providing more than $16 billion to cover budget deficits over the next three years.

But for the vision of Governors Arnold Schwarzenegger and Edmund G. Brown Jr., and the support of the California Chamber of Commerce and other business and taxpayer advocates, solutions for the historic budget deficit would have required more tax increases and spending cuts. 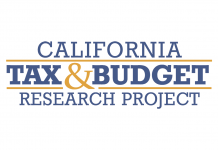 Factors to Keep in Mind When Rehiring Furloughed Employees