A coalition of businesses led by the California Chamber of Commerce filed a lawsuit on December 6 to stop a new California law that precludes employers from enforcing arbitration agreements made as a condition of employment—and making it a crime for businesses to do so, even if workers may opt out of arbitration. The incoming law, the complaint states, is preempted by the Federal Arbitration Act (FAA) and should be declared invalid.

“It doesn’t make sense to place businesses at risk for criminal penalties for a practice that has been favored by California and federal law, and consistently upheld by the courts,” said CalChamber President and CEO Allan Zaremberg. “While it may not serve the best interests of the trial lawyers, expeditious resolution through the arbitration process serves the interests of employees and employers.”

This past October, Governor Gavin Newsom signed into law AB 51 (Gonzalez; D-San Diego), which the CalChamber had identified as a job killer. Effective January 1, 2020, AB 51 forbids employers from offering and entering into arbitration agreements with their workers, even if the workers may opt out of arbitration.

Especially problematic is that the law establishes the extraordinary burden of criminal penalties as well, making it a misdemeanor to violate any part of AB 51’s restrictions, which is punishable by imprisonment not exceeding six months, a fine not exceeding $1,000, or both.

The U.S. Supreme Court has explained that the FAA preempts both any state rule that “discriminates on its face against arbitration” along with any rule “that covertly accomplishes the same objective by disfavoring contracts that… have the defining features of arbitration agreements.” (Kindred Nursing Centers Limited Partnership v. Clark, 137 S. Ct. 1421 (2017)).

The FAA similarly preempts any state law “lodging primary jurisdiction in another forum, whether judicial or administrative.” (Preston v. Ferrer).

Moreover, the U.S. Supreme Court has held that the FAA preempts state law rules that disfavor arbitration in connection with the formation of a contract, as well as rules that disfavor the enforcement of arbitration agreements. Restrictions that single out arbitration agreements or derive their meaning from that fact that an agreement to arbitrate is at issue “flout the FAA’s command to place those agreements on equal footing with other contracts” and are therefore preempted, according to the complaint (Kindred Nursing Centers Limited Partnership v. Clark).

Due to AB 51’s conflict with federal law, the coalition’s complaint requests that the Court declare AB 51 invalid and order state enforcers to not apply the law.

Businesses routinely enter into arbitration agreements with workers, either as a condition of employment or on an opt-out basis, so that both parties can make use of alternative dispute resolution procedures. The U.S. Supreme Court, the complaint states, observed in Circuit City Stores, Inc. v. Adams, “there are real benefits to the enforcement of arbitration provisions. … Arbitration agreements allow parties to avoid the costs of litigation, a benefit that may be of particular importance in employment litigation, which often involves smaller sums of money than disputes concerning commercial contracts.”

The complaint points out that arbitration provides workers with a fair and effective means of resolving their disputes:

• Arbitration offers workers simple procedures that they can navigate even without a lawyer. That simplicity matters because many workers who have disputes are unable to secure legal representation, and their inability to obtain a lawyer creates insurmountable obstacles to bringing claims in court.

• Arbitration is faster than litigation in court. As a recent study released by the U.S. Chamber’s Institute for Legal Reform found, arbitration cases in which the employee brought the claim and prevailed took, on average, 569 days to complete, while cases in court required an average of 665 days.

• Arbitration also lowers the costs of dispute resolution, which creates savings that in part can be passed on to workers through higher wages and consumers through lower prices.

For a copy of the complaint, go to www.calchamber.com/legalaffairs and click on “CalChamber in Court” in the dropdown menu. 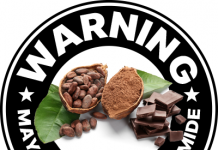