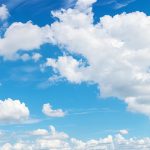 Small businesses, including many without in-house air specialists, may soon be required to report air emissions, according to a draft regulation that is advancing without a public hearing.

The California Chamber of Commerce raised concerns this month about the latest draft regulation the California Air Resources Board (CARB) has proposed for reporting air emissions.

CARB is attempting to create a statewide approach to collecting and monitoring data to avoid piecemeal collection and ensure the use of best available technology to measure air emissions across the state.

In contrast to the first draft of the regulation, which applied to three categories of stationary sources of emissions, the latest version proposes adding a fourth category of entities required to report emissions: any entity to which an air district has granted a permit to operate if that entity has emissions greater than a specified threshold.

CARB estimates that 1,300 facilities are included in the three categories of stationary sources, but 48,700 facilities would be covered under the fourth category, including about 17,200 small businesses.

The 2017 legislation establishing the monitoring program (AB 617; C. Garcia; D-Bell Gardens; Chapter 136) authorized monitoring requirements for defined stationary sources. Many of the emission sources in the proposed fourth category of entities required to report fall outside the definitions in the legislation.

No public hearing has been set to allow the business community to discuss the criteria for the fourth category of entities required to report emissions.

The CalChamber has significant concerns about the cost of the reporting program, especially to the extent that it duplicates or complicates data submissions the air districts already are collecting.

Original estimates were that the data collection program would cost about $20 million. With the expansion of the program, the estimated cost has more than quadrupled to exceed $80 million.

In addition, CARB still must incur additional costs to develop an electronic reporting system to fully integrate and streamline the process.

The CalChamber called for an analysis of alternatives to determine other options for data collection that do not require similarly substantial costs.

It is unclear whether CARB will heed stakeholders’ requests to hold a public hearing on the new draft. The CARB staff will prepare a final version of the rule and report to CARB at a future meeting (not yet set) for a vote on adoption.