Taxes continue to pour into the state treasury, like spring snowmelt into Lake Oroville. Thanks to the engine of California’s private economy—the creativity of business leaders and productivity of employees—and the wealth it creates, Governor Gavin Newsom last week announced that revenues exceeded earlier budget estimates by more than $3 billion, enabling him to propose bolstering reserves, paying down debt, and boosting education spending.

Californians have enjoyed nearly 10 years of economic growth, and one of the biggest beneficiaries has been the state budget. Since the depths of the recession, the state budget has increased by 82%—that’s more than $95 billion.

Compare that to the recession years when the Governor and Legislature were forced to cut tens of billions of dollars in spending.

Today, with a healthy budget and continuing prospects for growth, Governor Newsom has set aside $16.5 billion in a rainy-day reserve to hedge against the next economic downturn and continued to boost education spending.

In addition, he proposes spending more than $9 billion to pay down unfunded pension liabilities and pay off longstanding debts and deferrals.

But what goes up inevitably will come down, and a key responsibility for a chief executive is to look to the future—not only to spread the blessings of prosperity but to protect against shortfalls.

When he released his revised budget proposal last week, Governor Newsom recognized this, insisting that “We need to have a structurally balanced budget because we are entering the end of the beginning of a new phase of economic reality. The headwinds are real.”

The precarious condition of state finances is well known. The top 1% of earners pays nearly half of all income taxes and these taxes provide 70% of all General Fund revenues. The Administration forecasts that a moderate recession would reduce state revenues by $70 billion over three years.

The Governor and the Legislature should continue to insist on a savings strategy pioneered by Governor Brown. Top up the budget reserve, reject new taxes, and resist demands to build into the budget new, ongoing spending that will be painful to unwind when the economy slows.

The easiest money to save for a rainy day is money you haven’t committed to ongoing programs.

The good news is that the extra revenues the state receives once the reserve fund is filled are directed to infrastructure, which can be used to help create high-paying jobs for skilled workers to improve and upgrade our highways, mass transit, public buildings and flood control facilities.

This has the three-fold benefit of providing mobility, safety and public services for residents, creating well-paying jobs for Californians, and budgeting responsibly for the fiscal health of the state.

No Need for Tax Hikes

The budget windfalls should also allay the calls for new or higher taxes, which have proliferated in the early days of the legislative session. The existing state corporate tax rate, combined with the effects from federal tax reform, resulted in a surge of more than a billion dollars of new revenues this year.

Only a few members of the current Legislature were in Sacramento during the last recession, so it may be understandable that many members call for increases in ongoing programs. But nobody wants to return to the bad-old-days of deep cuts to education and safety net programs. 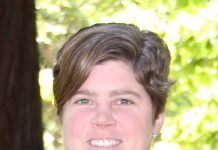