A California Chamber of Commerce-opposed job killer bill that would have imposed a tax on contractors for the privilege of doing business with the Department of Corrections and Rehabilitation failed to pass its first committee hurdle this week.

AB 2560 (Thurmond; D-Richmond) sought to impose the tax on contractors to fund preschool and after-school programs. The contractors would have been required to absorb the cost while maintaining a price of lowest responsible bidder.

The CalChamber and a coalition of employer groups argued against AB 2560’s attempt to impose a tax of up to 10% on contractors.

“The bill unfairly targets one category of taxpayers to fund a benefit for all of the state,” CalChamber Policy Advocate Marti Fisher said in testimony to the Assembly Revenue and Taxation Committee on April 16.

“While we agree that reducing incarceration is an important policy area…we disagree with the proposed revenue source set forth in AB 2560 and have identified it as a job killer,” Fisher stated.

“Contractors and vendors are pleased to do business with the state and can attribute a portion of their success to that relationship,” she said.

“An added tax on top of an already resource-intensive contracting process for businesses in California could jeopardize the viability” of contracting with the Department of Corrections if costs cannot be calculated into the bid equation, Fisher told the committee.

Bids are a math calculation; if the math does not work, the transaction will not occur, leading to fewer companies participating in the bidding process. As a result, less competition could lead to higher costs to the state.

“An unduly burdensome tax structure built into contracting will ultimately result in a loss to the state of qualified and competitive bidders, as well as a loss of business to the vendors that the state has come to rely on as quality and dependable,” Fisher pointed out.

According to the Legislative Analyst’s Office review of the Governor’s Proposed 2018–19 Budget, the state is projected to end the 2018–19 fiscal year with a significant surplus. Thus, there is no justification for targeting a limited group of taxpayers to fund education programs to prevent incarceration.

The CalChamber has consistently stated that any tax increase should be broad-based and shared by all so that the financial impact is mitigated.

AB 2560 fell short of votes needed to pass Assembly Revenue and Taxation on April 16. The vote was 5-4:

A similar bill by the same author, AB 43, was held last year in the Assembly fiscal committee. 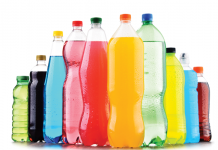