The California Chamber of Commerce Board of Directors recently voted to support Propositions 71 and 72 on the June ballot.

ACA 17 (Mullin; D-South San Francisco; Resolution Chapter 190, Statutes of 2017) provides that an initiative statute, referendum, or constitutional amendment or revision shall take effect on the fifth day after the Secretary of State files the statement of vote, unless the measure provides a later operative date that is after this effective date.

Under current law, if there are two or more measures approved in the same election that are in conflict, the measure with the highest number of affirmative votes prevails. The Secretary of State has until the 38th day after the election to tally, prepare, certify, and file a statement of vote regarding a statewide measure.

This gap in time between the current effective date of an initiative statute, referendum, or constitutional amendment or revision and when the Secretary of State certifies/files the statement of vote, can create confusion and the potential for an erroneous change of law or new law.

The measure is needed because the potential for error with regard to whether an initiative or referendum has been approved is higher due to the increase in vote-by-mail ballots, that are not even received until days after the election.

The CalChamber Board voted to support Proposition 71 because allowing initiatives and referenda to go into effect before the vote has been certified by the Secretary of State can create confusion and even the erroneous implementation of new law.

The “new construction” reassessment also can be used when there are renovations to the property. To incentivize certain property expenditures, current law specifies that additions of active solar energy systems, fire sprinkler systems, and additions to make a building more accessible to disabled persons do not trigger the “new construction” reassessment.

Proposition 72 would add rain water capture systems to the list of property expenditures that would not trigger the new construction reassessment.

California is in a state of flux between heavy precipitation and drought. The CalChamber Board voted to support Proposition 72 because rain water recapture systems are an effective means of conserving water that should be encouraged.

The CalChamber previously announced support positions on the three other June ballot measures:

• Proposition 69—Support. ACA 5 (Frazier; D-Discovery Bay; Resolution Chapter 30, Statutes of 2017), a constitutional amendment to restrict use of diesel sales tax revenues and the new transportation improvement fee to transportation purposes. The CalChamber Board voted to endorse this measure to add protections for the new transportation revenues approved under CalChamber-supported SB 1 (Beall; D-San Jose; Chapter 5, Statutes of 2017), which enacted the Road Repair and Accountability Act of 2017.

• Proposition 70—Support. ACA 1 (Mayes; R-Yucca Valley; Resolution Chapter 105, Statutes of 2017), a constitutional amendment requiring revenues from the cap-and-trade auctions to be deposited into the Greenhouse Gas Reduction Reserve Fund. It also requires one-time legislative supermajority approval of the cap-and-trade expenditure plan before the funds can be returned to the Greenhouse Gas Reduction Reserve Fund to be appropriated. The CalChamber Board voted to support this measure because it will encourage bipartisan support for a cap-and-trade expenditure plan and allow for a process to negotiate expenditures that furthers the goals of the Legislature as a whole. 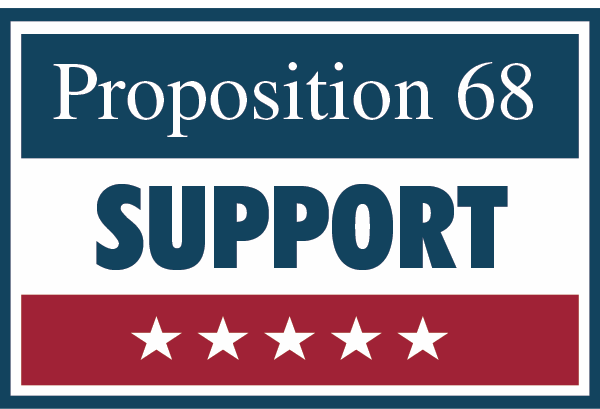