An annual meeting between the California Chamber of Commerce and Japan business leaders highlighted California’s continuing interdependence with one of its largest trade and investment partners.

Three themes for discussion emerged from a survey the JBA and JCCNC conducted of their member companies in preparation for the groups’ two-day visit to Sacramento:

• Impact by Federal Government Change: The federal government is releasing new policies that may affect California’s major policies, thereby having an impact on Japanese businesses’ operation in California. Japanese representatives discussed how California views the changes made at the federal level, their possible impact on major policies, and if actions are considered for alleviating these changes.

• Business Environment: Rising operational costs are a major challenge for both existing and newly launching Japanese companies in California. The Japanese companies were interested to discuss if measures have been considered to achieve balanced growth in the long run.

• Assistance for New Companies: While the number of Japanese businesses in California is increasing every year, there are an increased number of inquiries from businesses that experience difficulty in following necessary governmental procedures. The Japanese companies focused on how this situation may be improved.

The United States is a large supplier of chemicals, transportation equipment, and computer and electronic products to Japan, the world’s third largest economy. Japan is also one of the largest U.S. foreign markets for agricultural products.

California continues to be the top exporting state to Japan, accounting for 18.6% of total U.S. exports. Japan has remained California’s fourth largest export market since 2010, after Mexico, Canada and China.

According to the JCCNC/JBA annual report, it is said that the first arrival of a Japanese person to California was in 1850. Following this, the first official Japanese delegation to the U.S. arrived in San Francisco on March 17, 1860.

In 2015, 537,000 Japanese travelers visited California to enjoy the state’s beautiful nature, sightseeing spots and wines. Japan had the fourth largest number of visitors to California, after China, England and Australia (excluding Mexico and Canada).

Nearly 40% of visitors from Japan came to California for business purposes and to attend conventions and conferences, while the average of all overseas visitors to California for the same category was 22%. Japanese visitors have spent $1.18 billion while in California. Japan is also one of the top five countries to import California wine.

According to the 2016 survey, Japanese companies’ largest industry in California is the service industry. In recent years, many Japanese retail stores and restaurants started their business in California. 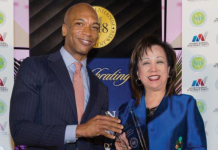