The California Chamber of Commerce has honored business executives from Corona, Oxnard and San Rafael with its 2017 Small Business Advocate of the Year Award, recognizing them for outstanding advocacy on behalf of small businesses.

The CalChamber announced the awards in Sacramento before more than 200 attendees at the CalChamber Capitol Summit on May 31.

The 2017 Small Business Advocate of the Year Award recipients are: 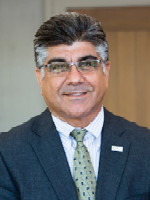 For more than a decade, Dean Seif has helped his community of Corona continue to be one of Southern California’s leading job creators by working through the Corona Chamber of Commerce to engage the local, state, and federal governments on issues that are critical to growing career-building jobs.

An entrepreneur with a record of success in three industries—aerospace and as an international commercial pilot, real estate, and auto body repair—Dean came to Corona from his native Iran through his wife, Shannon.

As he and Shannon were growing their real estate business and family, they became concerned at a growing gap in public policymakers and employers.

This concern prompted Dean to become chairman of the Corona Chamber in 2015, and lead more than 10 lobbying delegations to Sacramento and Washington, D.C. to work on a bipartisan basis on many issues.

Locally, Dean has testified more than 40 times before the Corona City Council, the Planning Commission and various policy committees of the City of Corona, and the County of Riverside on issues including local development, job attraction, defeat of unnecessary regulations, and development of infrastructure projects. In Washington, D.C., under Dean Seif’s leadership, the Corona Chamber forged a close working relationship with the State of California Office of Military Affairs that has helped expand national support for one of the Corona region’s most important employers, the Naval Surface Warfare Center (NAV-SEA), Corona Division (Norco), which provides nearly 1,000 jobs. Seif also has traveled to the State of Indiana with a joint Navy/Corona community delegation to tour NAV-SEA facilities there.

Seif has taken his responsibilities very seriously and his focus and dedication are admired by many.

“Dean’s outreach to the community far extends beyond his business,” said Bobby Spiegel, president and CEO of the Corona Chamber of Commerce, in nominating Seif for the award. “His philosophy is to share his wealth with others.” 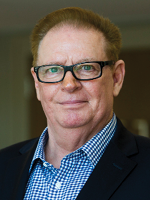 Michael Song really “gets it” when it comes to being a strong advocate of small businesses, states the nomination application on his behalf. Song has been involved with the Oxnard Chamber of Commerce since 2006, serving on the board of directors and the chamber’s land use committee, as well as the chamber’s business advocacy committee.

Amy Fonzo, chair of the Oxnard Chamber Board, explained that Song does much more than just serve on the governing body of the chamber: “He is a true supporter of small businesses and their ability to provide quality jobs for the residents” of the Oxnard community. Fonzo especially admires “Michael’s willingness to attend time-consuming public hearings to assure the interests of small businesses are represented.”

Song has testified at local city council meetings, spoken at Ventura County Board of Supervisors meetings, written letters and made phone calls to his state legislators on a number of issues and met with his congressional representatives to emphasize the importance of trade to the Southern California economy.

Over the years, Song has frequently invested many hours in the local Oxnard community representing the business community on two particular issues:

• Song waited in a packed community room for hours when the California Energy Commission conducted hearings on the NRG Energy proposal to replace an aging power generation facility with a new state-of-the art plant called the Puente Power Project. He also spoke before the California Public Utilities Commission on the project. While it’s not always comfortable to publicly support a power plant being built on the beach, the nomination application noted, Song was passionate about the need for reliable and affordable energy for businesses that provide jobs in the community.

• Song was also quite vocal when addressing the Oxnard City Council regarding the extension of egregious land use restriction in and around the City of Oxnard. Known as the Save Our Agricultural Resources (SOAR) program, the plan had been approved by the voters in the 1990s and the city council was considering placing an extension measure on the 2016 ballot. Proponents were requesting an extension through 2050. Song and the Oxnard Chamber were advocating an extension through 2030 to coincide with the city’s general plan. Song testified about how the needs of small businesses are quickly and constantly changing and restricting land uses for the next 35 years was much too long. 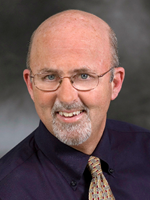 Timothy Long has been an active member of the San Rafael Chamber’s governmental affairs committee for more than five years and is constantly representing the chamber to the local and state government on the issues that matter most to business, especially smaller businesses. He travels to Sacramento every year for the Capitol Summit.

Long is very active with his legislators and calls and writes them whenever his voice is needed. He has a personal relationship with both Senator Mike McGuire (D-Healdsburg) and Assemblymember Marc Levine (D-San Rafael). Both trust Long and call him when they need guidance on issues affecting small business, reports Joanne Webster, president/CEO of the San Rafael Chamber of Commerce. Long has been invited to the California Small Business Association meetings hosted by the chamber’s elected officials on a number of occasions. Says Webster, “Tim is the voice of reason on our government affairs committee.”

Long also believes that young people should take an active interest in civics and government. Every year he volunteers his time and takes a group of local high school students to the Capitol to meet with their legislators.

Webster closed Long’s award nomination letter by saying, “because of Tim’s efforts to improve the business climate, fighting for what matters most to businesses and his dedication to educating our future leaders about the importance of advocacy,” he is the personification of a small business advocate.