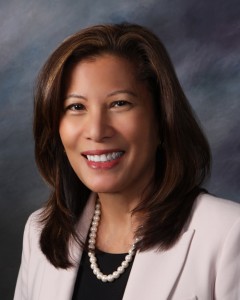 Information the justices are gathering includes how to meet the needs of litigants who choose to represent themselves, the Chief Justice said at a joint legislative session in her annual State of the Judiciary address on March 8.

She pointed out that the high court is already ahead of the curve in dealing with difficult topics, such as implicit bias. When she joined a national board on community engagement in the courts, she was pleased to learn that California was using one recommended tool with its education and training of judges.

Although the recession led to downsizing in all levels of the judiciary in California, the Chief Justice said, the courts haven’t relinquished their dedication to access, fairness and diversity.

In addition to providing live Web streaming of meetings of the Judicial Council, the Supreme Court will soon begin livestreaming oral arguments, she said.

Cantil-Sakauye voiced concern about the morphing of the court system from one of accountability to one that raises revenues for essential government services. Of the $1.7 billion in fines and fees collected each year, 60% goes to fund local government services, with the remainder supporting the courts, she said.

She continued that it is time to ask if bail serves its intended purposes of ensuring public safety and making sure people appear in court, or merely penalizes the poor. Studies by the Judicial Council and others found that pre-trial detention increases recidivism, she said, while supervised release can be as effective as money bail in some cases.

California must create more pre-trial release programs, the Chief Justice said, because “we must not penalize the poor for being poor.”

In closing, the Chief Justice highlighted again the importance of teaching and modeling civics. “Our sense of justice and fairness comes from an understanding of how government works, why it works and what it does for us,” she said. That knowledge, she noted, contributes to the belief “that justice is in fact for all of us.”