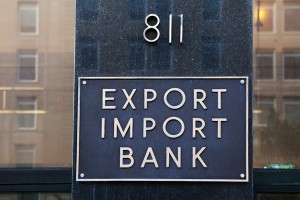 U.S. President Barack Obama has signed bipartisan legislation to resurrect the Export-Import Bank. This action will extend the bank’s charter by five years until 2019.

Renewal of the 81-year-old institution’s charter was included in a five-year, $305 billion federal transportation measure that passed the U.S. Senate late December 3 on an 83-16 vote, only one day before the latest short-term funding patch was to expire. The U.S. House of Representatives passed the bill earlier in the day on a 359-65 vote.

The California Chamber of Commerce urged the state’s representatives to support reauthorizing the U.S. Export-Import Bank, which expired on June 30.

Ex-Im has a proven record of success, and turns a profit for the American taxpayer. Since 1990, Ex-Im has refunded $7 billion to the U.S. Treasury above all costs and loss reserves, including $674.7 billion in the 2014 fiscal year alone.

The potential impact of a lack of financing for exports for both small and large businesses would have been damaging to the economic recovery of both California and the United States. Over the last five years, Ex-Im assisted 800 businesses from California, the vast majority being small businesses.

Small businesses account for approximately 89% of Ex-Im’s transactions. These small business transaction figures are in addition to the tens of thousands of small and medium-sized businesses that supply goods and services to large exporters. In the 2014 fiscal year, Ex-Im provided more than $5 billion in financing and insurance for U.S. small businesses.

California is one of the top economies in the world with a gross state product exceeding $2 trillion. In 2014, California exported to approximately 229 foreign markets. Trade offers the opportunity to expand the role of California’s exports.

The CalChamber, in keeping with longstanding policy, enthusiastically supports free trade worldwide, expansion of international trade and investment, fair and equitable market access for California products abroad, and elimination of disincentives that impede the international competitiveness of California business.