The U.S House of Representatives this week took the second step of a complicated process to reauthorize the Export-Import (Ex-Im) Bank.

The 313-118 vote on October 27 sent the reauthorization legislation to the U.S. Senate, where supporters are attempting to craft a plan to bring an Ex-Im bill to President Barack Obama’s desk.

In an article by POLITICO, Senate Majority Leader Mitch McConnell (Ky.) said he wouldn’t take up a standalone bill, although he has allowed the agency’s renewal to be attached to other must-pass legislation.

According to earlier news reports, the effort began on October 26 when 62 Republicans from the House joined with all Democrats in a 246-177 vote to begin the process of what’s known as a discharge petition. The tactic was last successfully used in 2002 to move campaign finance reform legislation.

The vote Monday evening discharges a rule establishing floor debate from the Rules Committee—the first hurdle in a three-step process. According to The Hill, the House had to approve the rule before turning to the underlying legislation to reauthorize the Export-Import Bank

The California Chamber of Commerce is asking the state’s representatives to support reauthorizing the U.S. Export-Import Bank, which expired on June 30.

In a recent letter to the California congressional delegation, CalChamber explains that failure to reauthorize the Ex-Im Bank will seriously disadvantage U.S. companies—small and large—in foreign markets, potentially resulting in the loss of thousands of U.S. jobs. Failure to reauthorize the Ex-Im Bank would put at risk the more than 150,000 U.S. jobs at 3,000 companies that depend on Ex-Im to compete in global markets.

The CalChamber is asking that businesses send a letter to their senator via our grassroots system at www.calchambervotes.com. 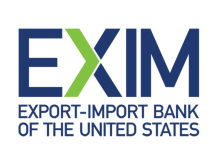