The California Chamber of Commerce stepped up its engagement on education issues this year, positioning on 21 bills related to teacher effectiveness, career technical education (CTE) and career pathways, workforce and college readiness, and funding for higher education.

In all, CalChamber positioned on eight bills related to teacher effectiveness. The chairs of the Senate and Assembly Education committees both introduced legislation to replace the state’s existing evaluation framework with one entirely subject to collective bargaining, which would have undermined the use of test scores and other measures of student progress in teacher evaluations. Both bills also limited access to professional development and support for struggling probationary teachers.

AB 575 (O’Donnell; D-Long Beach) and SB 499 (Liu; D-La Cañada Flintridge) passed their respective houses of origin, but only in the face of significant and growing opposition. As a result, both authors decided to hold off on having their bills heard in the second house, but they could still be revived next year.

CalChamber supported two bills proposing to modify the state’s existing evaluation framework, AB 1078 (Olsen; R-Modesto), which was held by the Assembly Education Committee, and AB 1495 (Weber; D-San Diego), which was voted down during the same hearing.

Another bill, AB 1226 (Chávez; R-Oceanside), would have added teacher professional development to the priorities school districts must address in their Local Control and Accountability Plans, but it too was held by the Assembly Education Committee.

Two other CalChamber-supported bills, AB 1044 (Baker; R-San Ramon) and SB 381 (Huff; R-Diamond Bar) sought to protect effective teachers by allowing schools to prioritize factors other than seniority when making layoff decisions during difficult budget years, but neither bill made it out of its first policy committee.

AB 1484 (Weber; D-San Diego) sought to limit school district transfers and reassignments that could result in some schools having a concentration of inexperienced and/or ineffective teachers. This CalChamber-supported measure also would have prohibited a school district from knowingly placing a student with a teacher rated as “unsatisfactory” unless that teacher was actively participating in a Peer Assistance Program or was otherwise being supported by an effective teacher. This bill never had a hearing.

• SB 66 (Leyva; D-Chino) proposed to extend authorization and funding for the CTE Pathways Program, set to expire in 2016, for an additional three years, but the author later decided not to pursue the bill.

• SB 148 (McGuire; D-Healdsburg) sought to establish a $600 million matching grant program to help schools develop and expand their CTE course offerings. The Legislature adopted this new program with a smaller $400 million appropriation as part of the budget.

• AB 288 (Holden; D-Pasadena), which is awaiting action by the Governor, provides high school students with increased access to college remediation and college-level CTE coursework by expanding the list of reasons that high school and community college districts may partner to offer dual enrollment programs.

A second bill, SB 45 (Mendoza; D-Artesia), includes additional changes to address these same goals, but was parked in the Assembly so that formal guidance from the U.S. Department of Labor can be incorporated before the measure is adopted next year.

Two other CalChamber-supported bills, AB 252 (Holden; D-Pasadena) and AB 889 (Chang; R-Diamond Bar), focused on increasing the availability of college-level coursework in science, technology, engineering and mathematics (STEM) to encourage high school graduates to pursue further training in these areas after graduation and earn college credit toward a degree or certificate. Unfortunately, both bills stalled due to fiscal concerns.

CalChamber supported a budget proposal to repeal a previously adopted cut to Cal Grant awards used by students who attend private colleges and universities accredited by the Western Association of Schools and Colleges. The Legislature and Governor ultimately agreed to delay the cut for two years rather than repeal it. As a result, students attending these institutions still will have access to the full award amount through the summer of 2017, but the cuts will take effect in the fall of 2017 absent additional action.

CalChamber also supported AB 831 (Bonilla; D-Concord), which would have gone even further to protect the value of these Cal Grant awards by re-establishing a funding formula that better aligns them with the Cal Grant awards offered to students who attend the state’s public colleges and universities. As with previous versions, though, AB 831 was held due to fiscal concerns.

A number of measures this year would have restricted the competitiveness of the University of California (UC) and California State University in a misguided attempt to save revenue. CalChamber opposed:

• AB 837 (R. Hernández; D-West Covina) and AB 1317 (Salas; D-Bakersfield), which would have limited the ability of these institutions to recruit and retain the best talent and leadership by limiting the maximum salaries they could pay their employees or prohibiting raises within two years of an increase to student tuition/fees.

• SB 574 (Pan; D-Sacramento), which would have hindered the ability of the UC Board of Regents to invest endowment assets in certain profitable investment funds, jeopardizing revenue used to fund employee pensions, student financial aid, and other important university obligations.

Fortunately, none of these bills made it to the Governor. 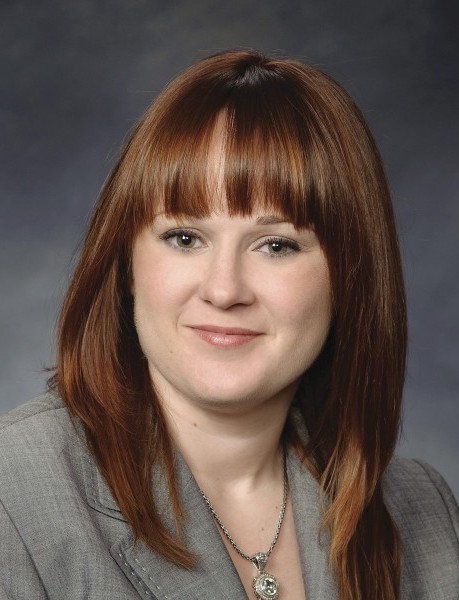 Three bills identified by the California Chamber of Commerce as job creators passed the Legislature this year and await action by the Governor. The CalChamber has asked the Governor to sign the following bills. •...